Buy direct from the author

* In some cases, such as at Amazon, I get a very small affiliate commission from a distributor; this doesn't cost you anything

Germanic and Romance languages are covered far more completely and deeply than other fruitful branches. Of the 40,000 words in the dictionary, 14,200 belong to the Germanic branch, and 17,600 to the Italic branch. Because of its influence on other languages, Ancient Greek has also been covered reasonably well, with 1400 words.

The purpose of this dictionary is to make it easy to find cognates — words that share the same linguistic root. Anyone learning a language closely related to their native one knows how much easier cognates are to learn, but in general they only recognize the glaringly obvious, for example, Spanish importante / English important; French authentique / English authentic; German Apfel / English apple; Dutch mixen / English mix; Iceland eyland / English island. But many, many others are not so obvious.

Did you know ineffable, infant, fate, fame, nefarious, confession, professor, and fabulous are all related? The original ancestor meant to speak. They’re also cognate with words such as cacophony, microphone, phonetic, and symphony, as well as words such as boon, ban, and banish. The first group comes through Latin, the second through Greek, and the third is Germanic.

The dictionary consists of two parts. The first part contains the pages for each Proto-Indo-European (PIE) word, showing cognates in the chosen languages plus various descendants and derivatives. These pages are arranged thematically, allowing you to browse or study. Search is enabled by the second part to the dictionary, which contains a separate index for each language, telling you where to find each word.

Read more about the dictionary 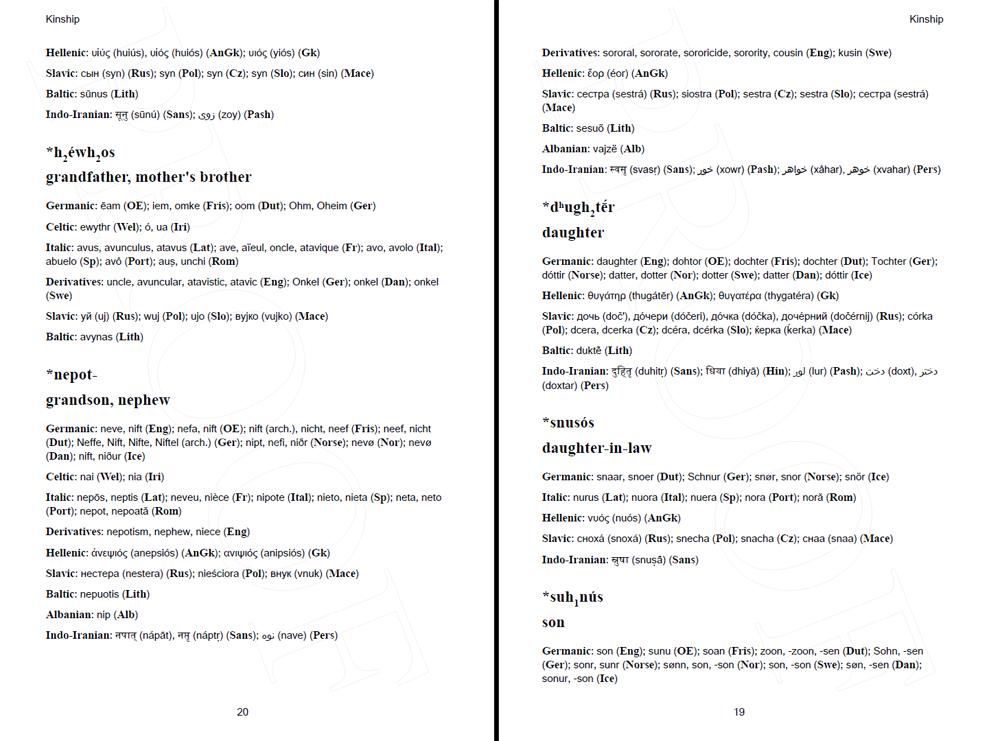 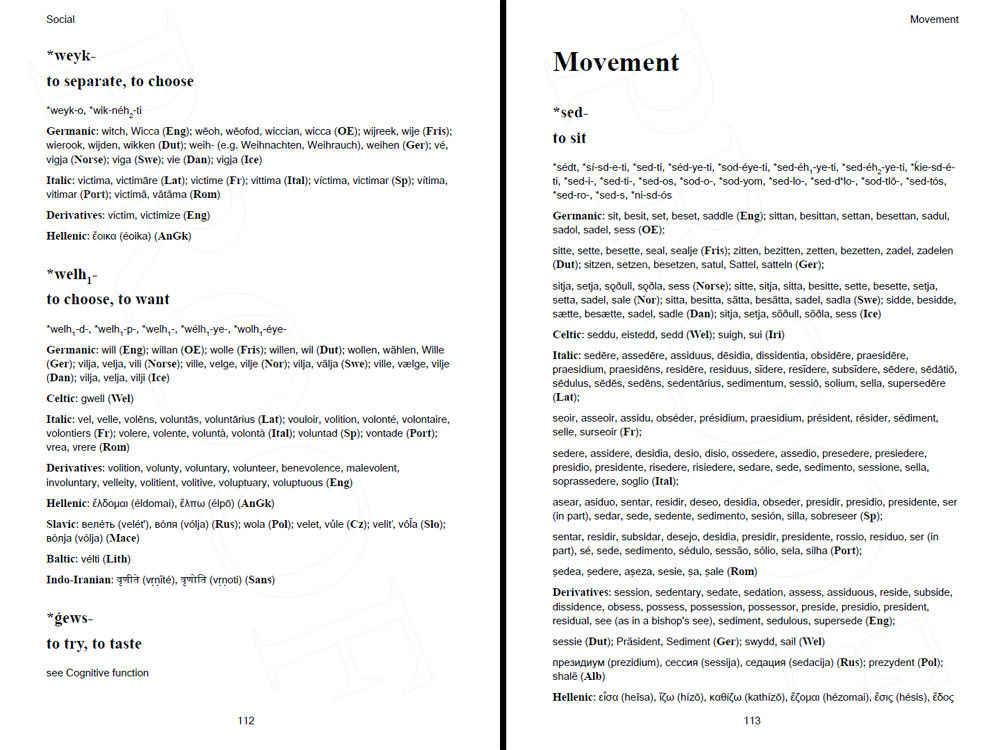 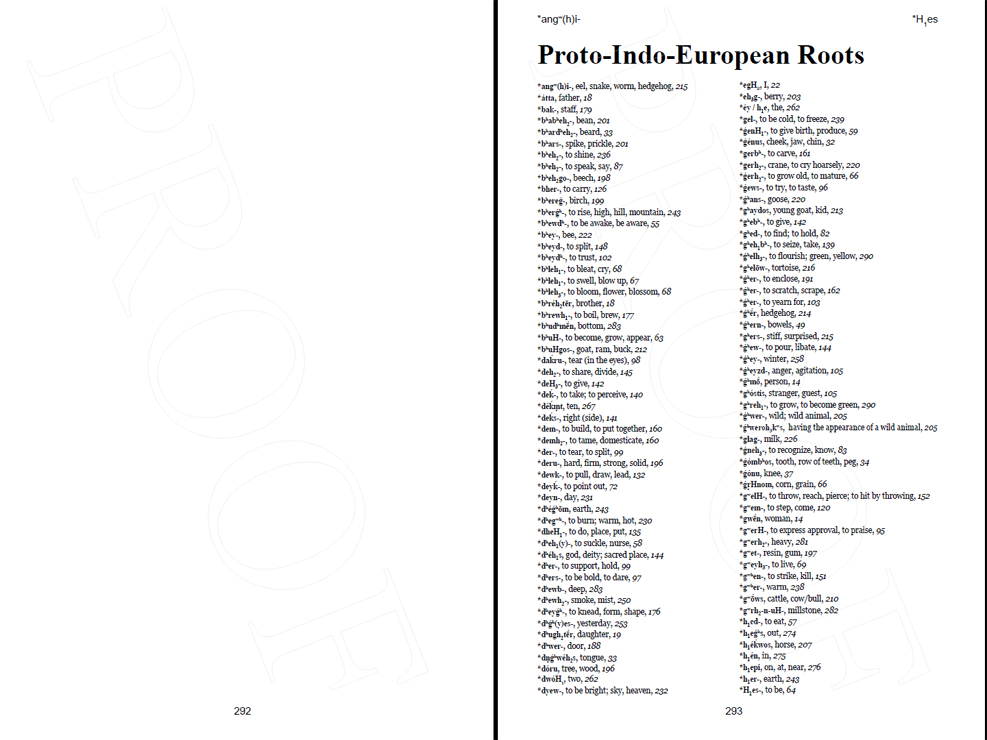 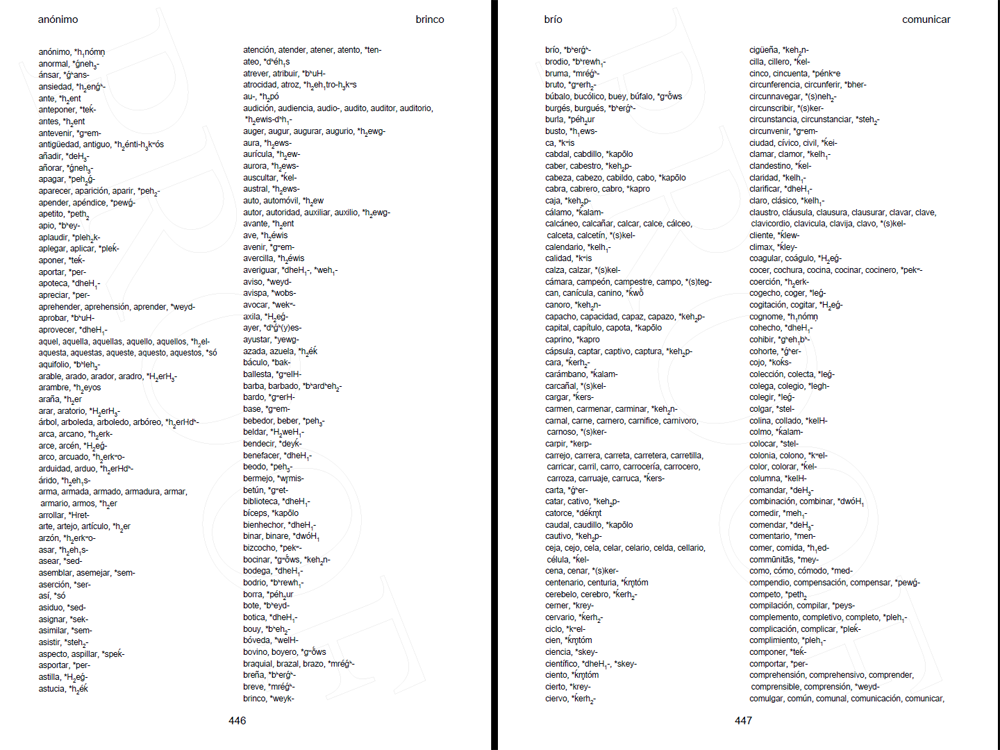